I arrived in country in March 1967. Training in Phan Rang ("P" training) and then on to A company, third herd of the O'Deuce. I have no idea where I first hooked up with the O'Deuce, they were already in the field. I believe it was someplace around Duc Pho.

Not too long after joining 3rd platoon I was walking point with Gene Rhoten. We had numerous small enemy contacts the first few months put nothing bigger than squad size enemy. Sometime just prior to August 25, 1967, Rhoten was wounded with shrapnel to his face and was taken to the rear. It's now August and we're on Operation Benton near Chu Lai.

I took the position of Lt. Jack Rogers's RTO while Rhoten was recovering. On August 25,1967 I received a radio call that 4th platoon was pinned down and being fired upon and our platoon was dispatched to help.

I learned this year from Jack Rogers that the platoon leader of 4th platoon was Lt. Jim Peake. Jim went on to become General Peake and he is currently the head of the Veterans Administration.

We were about a click away as I recall and it was raining. As we got close to 4th platoon we started receiving heavy fire from a tree lined field to our front. We took cover behind one of those rock walls that the Vietnamese place around their fields. We continued to receive fire from the tree line. I told Lt. Rogers that I was going to cross the field with hand grenades in an attempt to stop the fire. I yelled to Paul Caramella and Mark Neumann who were our M-60 machine gunners to cover me as I was going to cross the field. I told them as I went "don't shoot me". I had stripped all my gear off and only had the two grenades as I crossed the field. Paul and Mark were providing fire to keep the gooks down as I went across. When I got to the tree line I saw the bunkers and the dug in positions. I could see the gooks hunkered down as I threw the grenades. After throwing the grenades I ran to the side of the field and got caught in some type of wire as I tried to get behind the wall. I can tell you that the wire didn't slow me down one little bit.

When I got back to Lt. Rogers position I informed him of what I had seen and a plan was developed to take out the gooks. We all got on line and proceeded to fire up the area as we walked up to the tree line. When we got to the bunkers we started throwing grenades in the bunkers and tunnel holes. The first grenade that was thrown in was thrown back out. It was picked up quickly and thrown back in and exploded. We then started to cook off the grenades before we threw them.

I don't know when Paul was shot, but after throwing the grenades I realized that he had been hit. He died in the field. I don't recall if we had any others wounded or killed up to that point. I believe it was SFC Adams that directed me to take a squad and form a line of defense north of our position. Shortly after getting in position I heard mortars cracking through the trees. The mortars had obviously been zeroed in on that field. It seemed that the mortars hit every cluster of men that were standing in that field. I recall Frazier "Pig Pen" had his legs blown apart, SFC Adams had shrapnel in is eyes, Neumann was dead and numerous others were wounded. 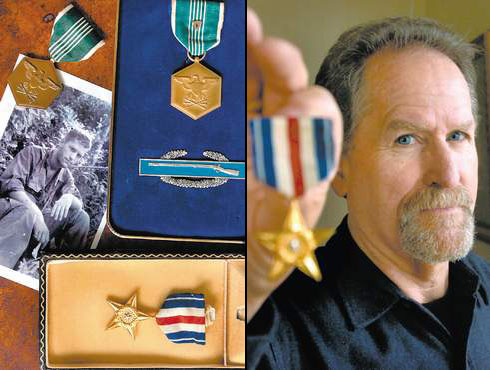 We got the wounded across the river where an LZ had been cleared. I believe the first medevac chopper pilot was shot and killed and a second chopper was dispatched. We were able to get all the wounded and killed out that night.

We dug fox holes in the sand bank of the river that night waiting to get hit. Long night. No contact. The next day we did a recon of the hill side I believe north of our position and we estimated that a large size force had a base camp on the hillside and that we had hit an outpost of that base camp.

Besides knowing that Paul and Mark were killed I never knew what happened to the rest of the unit. I've only had contact recently with Jack Rogers when I went to the reunion in Reno. He is the only one I've ever talked to that was there that day.

That was my last operation. When we came in for a stand down I was sent up to battalion and was interviewed by Sergeant Major Sabalawski for the Battalion Colonel's Driver. I got the job and served Colonel Puckett and then Colonel Danford.

NOTE: On 20 Nov, 2008 The Oregon Mail Tribune ran an article about Allen receiving a Silver Star for this action - some excerpts:

Richard Allen was drafted from San Mateo, California in 1966, and arrived at Alpha Company in March of 1967.

Richard "Dick" Allen can tell you precisely what happened that day 41 years and half a world away. What the Medford resident can't tell you is exactly why he took the bold action that earned him a Silver Star for courage under fire.

"I've been asking myself that for years, I'm still not sure what caused me to do it. "I was only 19 at the time," he added. "We were all pinned down behind a rock wall at the time. I guess I just saw a way to get us out of there."

Allen's platoon came under fire as it tried to reach the [fourth] platoon. "We were pinned down behind this rock wall," he recalled. "We were receiving heavy enemy fire from a tree line about 50 meters away across an open field."

With his unit unable to move forward, Allen stripped off his heavy gear, grabbed two grenades and told the two machine gunners at each end of the rock wall to provide cover fire. He sprinted across the field and threw the grenades, silencing the enemy positions.

Several men were killed that day, including a helicopter pilot who crashed while trying to pick up Allen's unit. "For years I couldn't talk about what happened."

Lt. Jack Rogers wrote the paperwork for the Silver Star